Deidre Wild and Angela Kydd received support to pilot a programme of culture change through an educational grant given to the University of the West of Scotland (UWS) by Orchard Care Homes in 2013. The programme was completed in 2014. The programme relied on online learning, for which care home staff undertook training provided by two IT champions, Thomas Sloan and John Thomson. As the latter were permitted to act independently of their parent company employers in developing their champion roles, their views given in this article are their own as individuals and not as employees. The intellectual property rights are retained by UWS as the funded body

You need a subscription to read the full article

I have a personal subscription 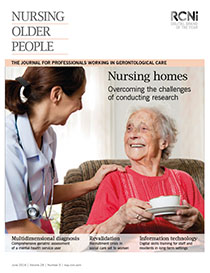