Acknowledgements The project was conducted in collaboration with the Norwegian Association for Parents of Preterm Infants (Prematurforeningen) and funded by the Norwegian Dam Foundation (Stiftelsen Dam). The authors wish to thank the participating infants, parents and staff, as well as Aud Inger Hvideberg, head of the project steering group, for their invaluable support 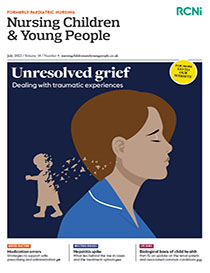