Choosing phenomenology as a guiding philosophy for nursing research

Choosing phenomenology as a guiding philosophy for nursing research

This article has been subject to double blind peer review 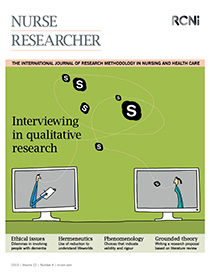