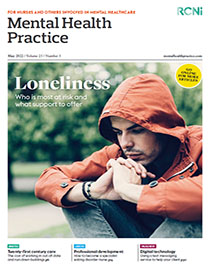 Share article: Effects of dance on mood and potential of dance as a mental health intervention